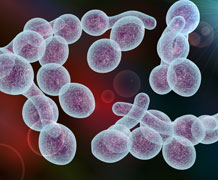 Researchers from the University of Exeter have discovered several new species of marine fungi inhabiting previously undescribed branches of the tree of life.

Little is known about the fungi flourishing in the world’s oceans and this study, which set out to investigate its diversity and abundance, revealed that many marine fungi are very different from those found on land.

The research, published in Proceedings of the Royal Society B, used large-scale DNA sequencing to describe the diversity of fungal microbes in a wide range of marine environments.

The study found a lower diversity and abundance of fungi in marine environments, suggesting that the majority of evolutionary diversification of fungi occurred on the land not in the sea.

Professor Thomas Richards from Biosciences at the University of Exeter said: “Compared to their land-based counterparts, little is known about the diversity and function of fungi in the oceans. We identified more than seventy marine fungi and in doing so we discovered several previously undescribed groups that are so genetically different from others we know of that they must represent highly unique branches on the tree of life.”

Samples of marine fungi were taken from near the shore in six European locations across Bulgaria, Norway, Spain, Italy and France. Their genetic code was then mapped using large-scale DNA sequencing to understand how closely related they were to each other and to terrestrial fungi.

The results reveal the diversity and abundance of fungi in marine environments. They also help to build understanding of evolution of these important microbes and shed light on how frequently fungi have transitioned from marine to terrestrial environments in the past.

The researchers believe that further sampling of fungi from different marine habitats, including those living on animals and algae, will reveal still more undiscovered species and help us understand what roles fungi play in the marine environment.