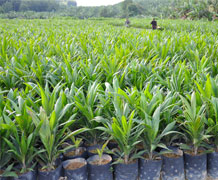 Single crops are an example of a monoculture

New research by University of Exeter academics shows that genetic diversity helps to reduce the spread of diseases by limiting parasite evolution.

The study led by the University of Exeter provides an answer. To study the effects of host diversity on disease spread, the researchers used a virus that can infect and kill bacteria. The bacteria defend themselves using a sophisticated immune system, known as CRISPR-Cas, which captures random DNA fragments from the virus. This “genetic memory” protects the bacteria against future infections.

CRISPR-Cas generates lots of diversity because every bacterium captures a different piece of virus DNA. Hence, after virus exposure every bacterium with CRISPR-Cas immunity is unique and diversity in the population is therefore high. This turned out to be ideal to test if and why host diversity limits the spread of disease.

Next, the researchers investigated why viruses could persist so much easier on monocultures compared to diverse bacterial host populations. They found that this was because of rapid evolution of the virus, which evolved to overcome CRISPR-Cas immunity of bacterial host monocultures. However, on mixed bacterial populations – which have much more genetic diversity in the CRISPR-Cas system – the virus was unable to evolve and therefore went extinct. The ability of viruses to evolve high infectivity was thus shown to directly depend on the level of host genetic diversity. Hence, mixing monocultures together can increase the immunity level of the population as a whole, a feature known as herd immunity.

The conceptual insights from this fundamental research on bacteria and their viruses are likely to be general and the conclusions could therefore have future application in for example agriculture and conservation biology.

The paper, The diversity-generating benefits of a prokaryotic adaptive immune system, is published in the journal Nature.