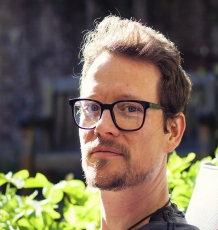 After studying and obtaining a diploma in biology at the University of Wuerzburg, Germany, I began my PhD in the lab of Prof. Marie-Christine Dabauvalle, focussing on the formation of nuclear pore complexes after mitosis. In 2010 I started a postdoctoral position at the University of Dundee in the lab of Dr John Lucocq working on the function and biogenesis of microsporidian mitosomes. That position involved the application of various electron microscopic techniques and quantitation methods which I was trained on continuously during my research.

In 2012 I followed Dr Lucocq to the University of St Andrews where I continued to work on the cell biology of microsporidia as well as being involved in the establishment of a biological transmission electron microscope. During that period I participated in numerous collaborations with various groups in St Andrews as well as UK-wide projects involving quantitative electron microscopy.

Since 2013 I became a teacher at the EMBO practical course for advanced electron microscopy for cell biology. In March 2015 I started my position as an experimental officer for electron microscopy in the Bioimaging Centre and soon took over responsibilities as the research facility manager.

Together with a team of three research technicians and a finance administrator, I manage the Bioimaging Centre within the Faculity of Health and Life Sciences.

2012-2015 - Post-doc at the University of St Andrews, host-pathogen interaction.