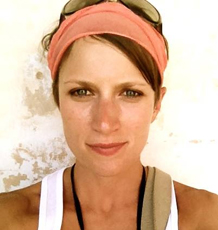 Having completed my MSc at the Centre for Ecology and Conservation, I was taken on full-time by the Animal Health & Veterinary Laboratories Agency (AHVLA) as an Ecologist in their Wildlife Team, where I have worked since. My responsibilities include conducting TB diagnostic testing, stakeholder communications, GIS, data management and analysis as well as working on a range of projects relating specifically to wildlife vaccination; both oral and injectable. I am undertaking PhD studies on a part-time basis around my regular work.

Project Description:
Bovine TB (Mycobacterium bovis) remains an important disease of livestock in the UK. My PhD research is focused on investigating spatio-temporal patterns of M.bovis infection within wildlife populations. I am looking at variation in disease prevalence and incidence in space and time, as well as variation in the appearance of different genotypes of M.bovis using previously unanalyzed data obtained from spoligotyping, VNTR (variable nucleotide tandem repeat) typing and whole genome analysis of culture isolates, in collaboration with the University of Glasgow.