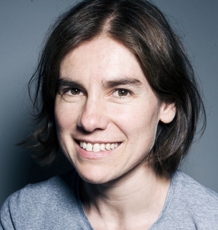 My research group at the LSI aims at understanding the molecular mechanisms that underlie the cytoplasmic control of gene expression. In particular, we focus on mRNA localization and translational control with an interdisciplinary approach that combines biochemistry, structural biology as well as cell- and organism-based functional assays.

I am based in the Living Systems Institute

Our group has a long-standing interest in basic mechanistic questions in RNA biology, such as how mRNAs are exported from the nucleus and regulated in the cytoplasm.

The localization of certain mRNAs at specific sites within the cytoplasm is a prevalent way to regulate gene expression. mRNA localization plays a crucial role in embryonic patterning, cell polarity and neuronal function in a wide range of organisms. Studies of RNA localization in model organisms have revealed many components of the process, some of which are conserved across eukaryotes. The correct cytoplasmic localization of mRNAs and their transport and silencing in messenger ribonucleoprotein particles (mRNPs) is dependent on the earliest steps of mRNA processing in the nucleus. The core nuclear mRNP particles associate with further components in the cytoplasm, forming large and dynamic multimolecular assemblies, underlying the various steps or mRNA maturation, transport, silencing and eventual localized translation. Even though many components of these large mRNP particles are known, their detailed molecular organization and regulation are poorly understood. Our aim is to gather structural information of mRNP complexes involved in RNA localization. We use a multidisciplinary approach, combining biochemistry, biophysics, protein crystallography and fly genetics, to tackle the complex structure-function relationships regulating mRNA localization. Our work will elucidate the structural details and molecular mechanisms of how mRNP complexes regulate mRNA localization during development. Given that mRNA localization is a conserved process, our results are expected to elucidate the mechanistic and structural details of a conserved regulatory pathway with fundamental and often medically relevant roles in the cell.

Towards a mechanistic understanding of mRNA localization