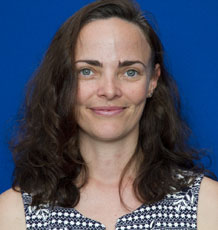 I am a plant cell biologist with interests in understanding the role and regulation of organelle movement and morphology. Movement of spheroid organelles such as peroxisomes and Golgi can appear almost erratic, whilst the ER network undergoes drastic remodeling from tubular to cisternal form, and continual growth, shrinkage and sliding of tubules. Fundamental questions in understanding the role of such movement, and the factors that regulate these phenomena, are being tackled using a combination of molecular biology and bio-imaging techniques.

Plant organelles are extremely dynamic in terms of motility and morphology. For example in leaf epidermal cells, where most of the cytoplasm is confined to a thin peripheral layer due to the presence of a large vacuole, Golgi bodies can reach speeds of up to 8µm/s. Several classes of organelle such as peroxisomes, mitochondria and Golgi bodies undergo different types of movement such as uni and bidirectional, and appear to randomly stop and then go. The cortical ER is composed of a polygonal network of tubules. The tubules can readily grow, shrink and slide to form branch points, and convert into a cisternal 'sheet' form.

The almost chaotic and seemingly indiscriminate motion alters in response to changes in environmental stimuli, begging the question, does movement have a functional role?

My group is interested in characterising the molecular factors that control plant organelle movement and morphology. Organelle movement in higher plants is predominantly controlled by the actin cytoskeleton and myosin, the molecular motors that traverse actin. ER morphology is controlled in part by actin and myosin, and also by structural proteins called reticulons. By understanding these components and more, we can then start to address whether by affecting organelle movement and morphology, we can in turn affect organelle function and ultimately cell growth and maintenance.

2014 Royal Society grant, Principle Investigator on 'Effects of temperature on organelle dynamics and interactions in plants'.

2012 BBSRC grant Co-investigator on 'Putting the squeeze on PDs - reticulons, plasmodesmata and viral trafficking in plants'.