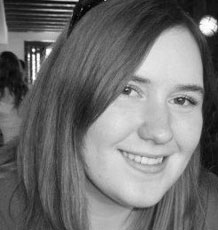 I first became interested in molecular biology as an undergraduate during a summer placement in Prof. Tuite’s lab at the University of Kent where I worked on “Investigating the spontaneous conversion of [pin-] to [PIN+] in Saccharomyces cerevisiae”. I started my PhD at Imperial College London in 2008, moving down to the University of Exeter in April 2011 to finish my studies when our lab relocated here. My PhD focuses on the response of the pathogenic fungus Candida glabrata to combinatorial stress conditions using transcriptional and functional genomics analyses.

Candida glabrata is an opportunistic human fungal pathogen. It has an increasing incidence, being the second most common cause of Candidiasis, after C. albicans, as well as increased resistance to antifungal drug therapies resulting in high mortality rates. For pathogenic organisms, stress response plays an important role in the successful colonisation of a host and stress response proteins have been linked to virulence. Previous studies have only focused on the response to independent stressors and as such, little is known about the adaptive response to simultaneous stresses, even though it is likely to be more relevant in an ecological and pathophysiological setting e.g. upon macrophage engulfment.

Transcriptional analyses under hyperosmotic and oxidative stress, conducted singly and in combination over a timecourse, have given biological insight into the initial response as well as the adaptation of C. glabrata to growth under stress. Functional genomics studies have identified novel components of stress response pathways in C. glabrata, as well as helping to characterise gene function in a largely un-annotated organism.
My PhD is part of the Combinatorial Response in Stress Pathways (CRISP) project; a collaboration between Exeter, Imperial and Aberdeen, funded by the BBSRC through the SABR (Systems Approaches to Biological Research) initiative.