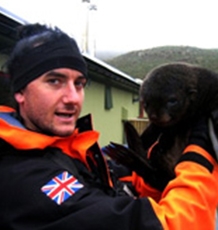 Most fish stocks are being extracted at unsustainable rates and through bycatch, many marine megavertebrate species have unfavourable conservation status. The sheer number and diversity of small-scale fishing vessels worldwide presents a challenge to monitoring and research, therefore compared to industrialised fisheries, little is known about their activities or their sustainability. This thesis addresses this information gap by examining motorised polyvalent vessels
Abstract.