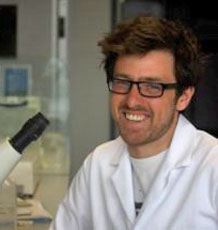 I am interested in the invertebrate diseases and migration. I am currently involved in a project investigating the environmental and genetic basis of migration in the marmalade hoverfly with Dr. Karl Wotton. Previous positions held at the University of Exeter have included projects investigating the genetic basis of resistance in the Indian meal moth with Professor Mike Boots, and taxonomic work exploring the role of invertebrates in crop yield with Dr Rosalind Shaw and Professor Juliet Osborne. I come from an ecology background, previously working as an assistant ecologist at WYG group. Visit our lab website to find out more.