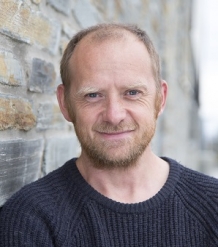 I started my career at the University of Exeter in 2006 as a Research Technician for Prof. John Hunt, and was responsible for the chemical analysis of insect pheromones and cuticular hydrocarbons using GCMS. I then moved on to a position with Profs Michael Cant and Jon Blount, which involved the analysis of a range of markers of oxidative stress in banded mongooses using HPLC and plate assays.

In 2013 I moved to the Hawkesbury Institute for the Environment, Western Sydney University, where I was responsible for the operation of a range of instruments including GCMS, HPLC, XRF, UV-vis spectroscopy and TOC analysers, analysing a range of sample types including greenhouse gases, soils, plants and animal samples.

I rejoined the University of Exeter in 2018 as an Experimental Officer, managing the stable isotope facility within the ESI and the metabolomics laboratory within the CEC.

The stable isotope facility is equipped with two continuous flow isotope ratio mass spectrometry instruments. We have a Sercon Integra 2 system, which is dedicated to the analysis of 13C and 15N in solid organic samples. We also have a Sercon 20-22 isotope ratio mass spectrometer which is equipped with  a Europa EA-GSL sample preparation system, a high temperature pyrolysis furnace and a CETAC autosampler for gas samples. This is an extremely versatile instrument that is capable of analysing 13C, 15N, 18O and 3H in solid samples as well as 13C and 18O in gases or carbonate samples.

The Metabolomics laboratory is equipped with an Agilent 7890 gas chromatograph coupled with a 5975 single quad mass spectrometer, fitted with a CTC autosampler to allow the analysis of a range of compounds, and allowing for automated liquid, gas or SPME injections. Common applications include the analysis of insect pheromones, cuticular hydrocarbons and chemical defence compounds, and amino acid analysis.

The laboratory also houses an Agilent 1200 series HPLC equipped with a diode array detector, fluorescence detector and single quad mass spectrometer. This system is commonly used for quantifying markers of oxidative stress, vitamin E, and carotenoids in a range of sample types.

We also have a Molecular Devices Spectramax M2 plate reader which is routinely used for a range of assays measuring markers of oxidative stress.