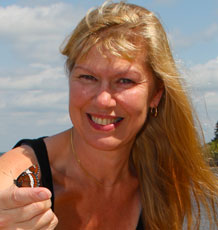 I am an evolutionary biologist with research interests focused on the evolutionary ecology of sex. I have worked extensively on various aspects of sexual selection and sexual conflict, in particular on the role of selfish genetic elements in reproductive biology. I am the Academic lead for the Behaviour research group. 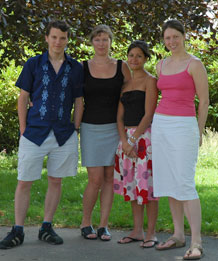 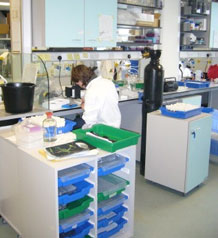 Group work in the lab

Evolution of female multiple mating - Why females of nearly all animals tend to mate with more than one male (polyandry) remains a pressing question for evolutionary biology. I am examining the direct and indirect benefits to females of polyandry. Males of many insects provide nutritional donations at mating. The consequences of male donations are explored in butterflies and bush-crickets. In other species, females may exercise post-copulatory choice to avoid using sperm of related males to reduce the cost of inbreeding.

Selfish genetic elements and sexual selection - Selfish genetic elements (SGEs), such as transposable elements, segregation distorters and maternally inherited symbionts are found in all living organisms where they can cause reproductive incompatibilities, feminization, and killing of sons and sperm resulting in sex ratio distortion. I am looking at the interactions between SGEs and adaptive female mating patterns:

2. CI-inducing Wolbachia has the potential to affect the population dynamics of their host via reduced offspring production. In collaboration with Steve Sait (Leeds) and Zenobia Lewis (Liverpool), we are examining this possibility in Ephestia kuehniella moths.

3. I am also investigating the consequences of sex ratio distorting endosymbionts in butterfly populations. Male-killing Wolbachia has dramatic impact on the mating system in the butterfly Hypolimnas bolina across Pacific Islands, which vary in frequency of male killers (in collaboration with Greg Hurst at Liverpool). In Australian Eurema hecabe butterflies Wolbachia feminises genetic males and convert them into functional females (collaboration with Darrell Kemp at Macquarie University).

Sexual selection and sexual conflict - Female multiple mating creates a conflict of interests between the sexes, since males are selected to attempt to manipulate each female he mates with into putting as much of her resources into his offspring even if this lowers her overall reproductive output. Sexual conflict has profound implications for our understanding of numerous areas of evolutionary biology including sexual selection, sex determination and speciation. I am pursuing three lines of research:

1. Sexually antagonistic (SA) alleles are genes that are advantageous to one sex but detrimental when expressed in the other. If sex-linked, SA alleles can accumulate even when the advantage to one sex is less than the cost to the other. Recent research has revealed most genes are differentially expressed in male and female metazoans, indicating many loci are SA. The importance of sex-linkage and differential gene expression for SA alleles is examined in various butterflies and moths, where females are the heterogametic (XY) sex. Sex-linkage of sexually selected traits are frequent in this insect group.

2. In D. melanogaster, a transposable element is inserted into a cytochrome P450 gene (Cyp6g1 gene) conferring DDT resistance by upregulating gene expression. It also causes females to pack eggs with more RNA, increasing egg survival.  However there are sexually antagonistic effects of the allele because in males, up-regulation of Cyp6g1 can decrease male mating-success and alter male aggression. Recently, new TE insertions and duplications into of Cyp6g1 have been discovered.  These are associated with large sex differences in DDT resistance, but we do not understand why. Together with David Hosken and Richard ffrench-Constant (Cornwall) I am exploiting  this unique opportunity to  examine the impact of multiple TE insertions into the promoter region of a single gene with large SA effects.

3. Males frequently transfer a range of accessory gland proteins in the ejaculate that manipulate female reproductive physiology. These molecules are rapidly evolving yet seem to have cross-reactivity across insects. Together with David Hosken and Richard ffrench-Constant (Cornwall) I am examining the hypothesis that male insects may be exploiting a conserved physiological pathway regulating female physiology that is shared by insects.

I recently helped compile a special edition of Philosophical Transactions of the Royal Society B: Biological Sciences (Jan 2013). 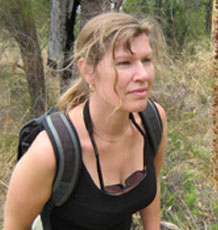 Professor Nina Wedell in the field 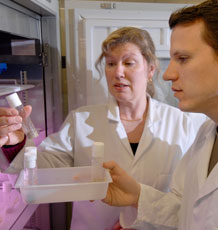 Professor Nina Wedell with Dr Tom Price in the lab