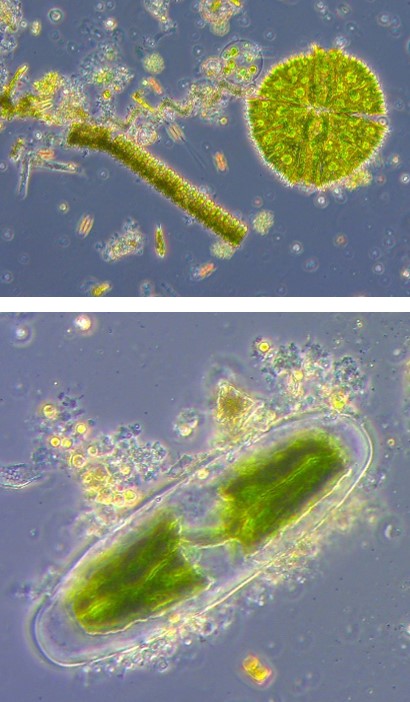 Microscopy images taken by students on our Outbreak! scenario 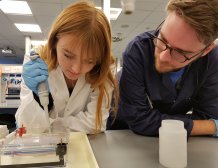 Gel electrophoresis, as part of our 'DNA Lab'.

Our work with schools and colleges 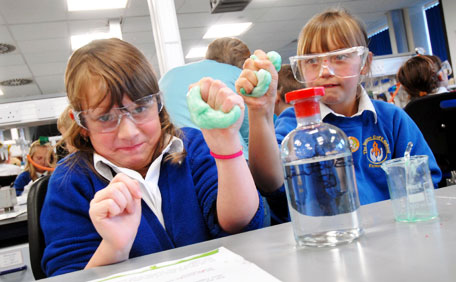 Biology is the study of life, in all its forms and at all scales, from microscopic single-celled organisms to the giant two mile long fungus that is the largest living organism on earth. There are many types of biologist, but we all seek to understand how living organisms function and how they interact with their environment. We work with doctors to advance medicine, with farmers to develop pest-resistant fruits and vegetables, with companies to improve industrial processes, and with people all over the world to understand the effect that humans have on our planet and how we can minimise and/or repair damage.

Biosciences at Exeter run a variety of exciting events for GCSE and A level students. Activities range from our flagship ‘Britain Needs Scientists’ conference-style event for year 12 and 13 students, through to hands-on lab-based activities where you can experience the thrill of working in a Biosciences lab.

The tabs below highlight just some of the activities that we run at our Streatham campus in Exeter. For information on outreach events at our Penryn campus, please visit their webpages.

If you have any questions about the activities we run, or about how your school can get involved please email the Outreach team.

DNA Lab: Learn something about your own genome!

In this session you will get the chance to spend a day at the University of Exeter working in the Biosciences teaching lab. As part of session you will analyse a region from human chromosome 12 that contains an Alu insertion or deletion. These Alu elements are one of the most abundant transposable elements (selfish DNA elements that are able to change their position in the genome), containing over one million copies dispersed throughout the human genome. You will extract you own DNA, target this Alu element region with specific primers and amplify the DNA via polymerase chain reaction (PCR). In order to see the result you will have to run them on an agarose gel and visualize the results under UV light in a transilluminator.

Outbreak! When humans and microbes collide

Over the course of three days, you will perform a range of microbiology, molecular biology and bioinformatics experiments, in order to try and combat an infectious disease outbreak here at the University. This will give you an idea of what it is like to work in a lab, and how biology is used to solve real-world problems.

You will investigate the following scenario: Dr Jones, a researcher at the University, recently travelled to a rural village to investigate an emerging disease outbreak. She began working to understand the biology of the disease with the aim of developing a preliminary vaccine. However, there has now been an outbreak of the disease here at the University, and Dr Jones herself has fallen sick. We suspect that the pathogen outbreak was caused by contamination of the drinking water supply, likely from a nearby water source. Your task is to identify the people who are infected, collect and isolate the organism responsible, and figure out what is going wrong in the patients’ cells…before it’s too late!

The above scenario is provided as part of the University of Exeter Scholars programme. You can find out more about this programme here.

Britain Needs Scientists is the University’s annual flagship event for year 12 and 13 students, which aims to inspire budding young scientists to pursue a career in science. Britain Needs Scientists has all the features of a real academic conference, including branded delegate packs, presentations of new research and networking opportunities. The conference highlights the variety of career opportunities available in the field and also gave pupils access to some of the most exciting new research happening at the University of Exeter - in subjects ranging from graphene to climate change, from evolution to solar planets.

Britain Needs Scientists is suitable for any students who are studying science at A level - particularly those who may be interested in taking a science subject, or medicine, at university. If you would like to find out more, or you would like to book to attend, please contact the Outreach Team.