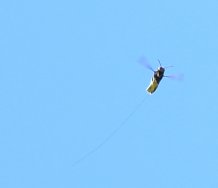 Electronic radio tags have been used for the first time on the UK mainland to help find a nest of invasive Asian hornets, which was then destroyed.

University of Exeter scientists joined the hunt after Asian hornets, which prey on honeybees and other pollinators, were spotted feeding on fallen apples south of Brockenhurst, Hampshire, in the last week of September.

Research by the University of Exeter has shown tags could be attached to Asian hornets to follow them to their nests.

“The National Bee Unit and the Animal and Plant Health Agency were already at the site and had narrowed down the search area to a small wood of mature trees, approximately 500m from the original sighting,” said Dr Peter Kennedy, of the Environment and Sustainability Institute on the University of Exeter’s Penryn Campus in Cornwall.

“I was asked to join the team to help pinpoint the nest location with radio telemetry.

“The first hornet we caught was large – well capable of carrying one of our radio tags – and flew straight into the woodland and disappeared from view.

“We were able to use our radio telemetry to follow the hornet and reduced the likely nest location to one of three trees, within a couple of hours.

“One of the team of inspectors and local volunteers then quickly spotted the nest in one of these trees.

“The nest was only visible from one or two narrow angles due to the height of the nest and the leaf canopy obscuring the view.”

The nest was destroyed that evening.

Asian hornets have been discovered at various locations in England recently. 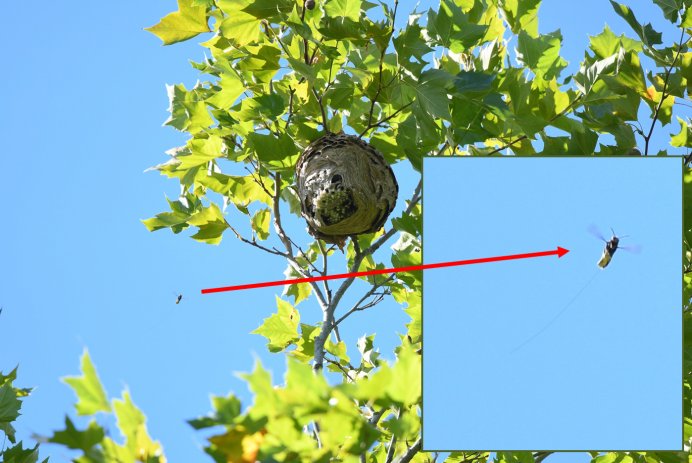 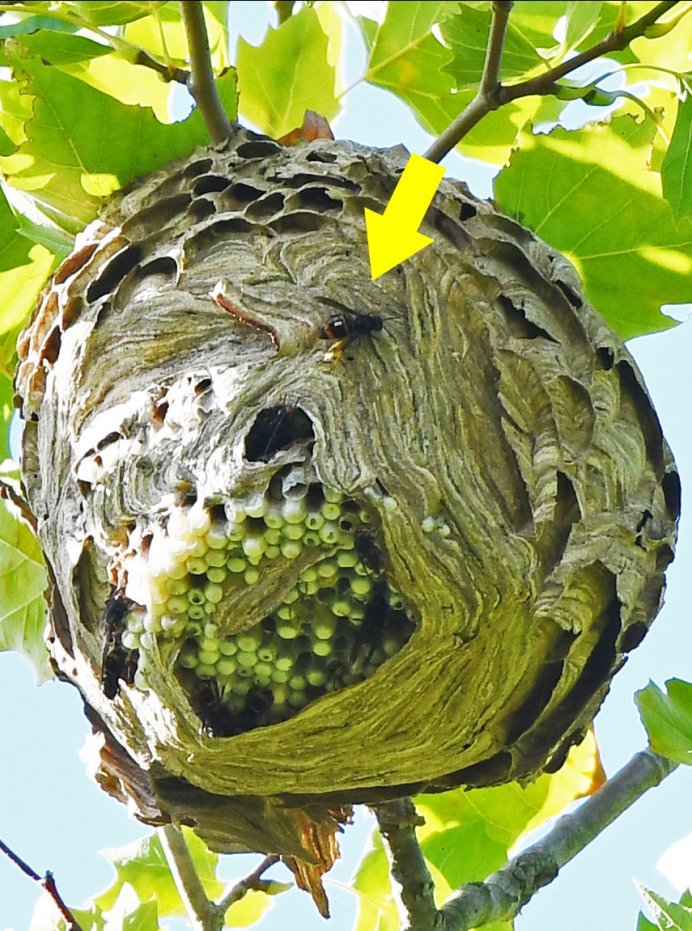 Photographs show the tagged hornet flying to the nest and on the nest surface, demonstrating the power of this radio-tracking technique to support the national effort to reduce the chances of this invasive pest of pollinators establishing in the UK.

Any suspected sighting of an Asian hornet – or a nest – should be reported, ideally with a photo, via email to alertnonnative@ceh.ac.uk or by using the Asian Hornet Watch app.