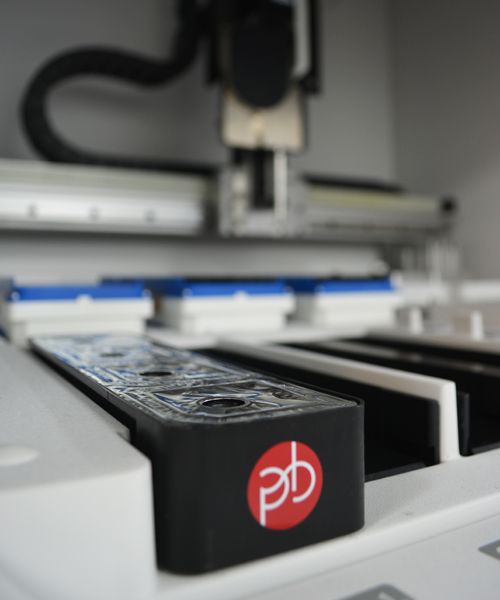 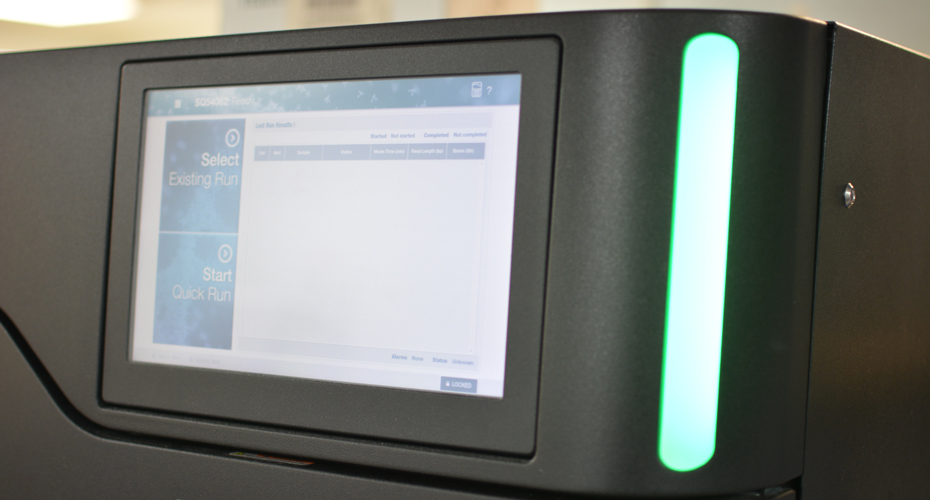 The platforms available from Pacific Biosciences (PacBio) allow for long-read sequencing of single molecules from 1kb to >50kb. These systems image the fluorescent signal associated with labelled dNTPs incorporated by a single DNA polymerase in an array of Zero-Mode-Waveguides. In essence, these systems monitor the resynthesis of the second strand of DNA by the polymerase. The volume of data produced per run is significantly less than an Illumina short read sequencer such as the NovaSeq 6000. The single-pass error rate of these platforms is also typically much higher than that of short read platforms (~12% vs ~0.1%).

However, the multi-kilobase reads available from this platform enable assembly of complete bacterial genomes and a dramatic improvement in the contiguity of more complex genomes. Large repetitive regions can benefit from the very long reads achievable, often termed Continuous Long Reads (CLRs). Alternatively, by keeping the DNA to 10kb to 15kb, many of the DNA molecules can be sequenced several times over to generate a circular consensus sequence (CCS). The quality of these consensus sequence HiFi read can match Sanger sequencing quality. They also enable applications such as full-length transcript sequencing (Iso-Seq), reliable identification of structural variants and direct detection of bacterial epigenetic marks.  Further description and example applications are shown here. A nice long-reads review article is shown here.

Due to the single-molecule nature of the platform, sequencing can be performed directly on genomic DNA with no need for PCR. This reduces bias commonly associated with amplification but means that large amounts of input material (a few micrograms) are often required. In addition, DNA extraction must be optimised to prevent damage (e.g. shearing with pipette usage) and remove contaminants which may inhibit polymerase activity (e.g. bound polysaccharides, phenol, EDTA).

The PacBio platform can cater for a wide variety of applications, but particularly excels in de novo/resequencing of small to medium sized genomes (e.g. bacteria/fungi/animals), targeted regions of larger genomes and transcript isoform discovery. They can also be used in conjunction with short read data to improve existing assemblies.

The Sequel from Pacific Biosciences (PacBio) is our primary long-read platform. It is based on Pacific Biosciences standard chemistry as described above. DNA is prepared for sequencing by ligating dumb-bell shaped adaptors to the DNA and often size-selecting the DNA to remove shorter DNA fragments.

» More about the PacBio Sequel