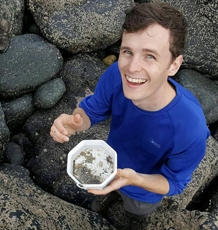 Having completed my undergraduate in Evolutionary Biology at the University of Exeter I am now working towards a Master by Research. I have a keen interest in studying the impacts of humans’ actions, including climate change, on biodiversity and species’ geographic ranges. My current research focuses on a species of hermit crab, C. erythropus, which has recently expanded its range to the UK. I’ve been investigating the size disruption of the population, its shell preference, the genetic structure of species across Europe, and running larval dispersal model of the English channel. This with the aim of finding out more about its range expansion, if it could have an impact on the UK’s native hermit crabs, and how other species could also expand their range to the UK as climate change progresses.