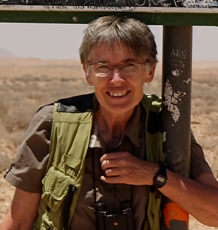 I am a Behavioural and Evolutionary Ecologist interested in the selection pressures shaping a broad range of life-history characters including clutch size, mating systems, cooperative breeding, dispersal, oviposition strategies and sex allocation. My research has involved experimental studies, chiefly of wild bird populations, but also of laboratory populations of insects, and theoretical studies using optimality and game theory models.

Questions in this area are of interest for two important reasons: first, life-history characters such as oviposition strategies, larval competition strategies and dispersion will have an important impact on population dynamics. Second, life-history characters are subject to widespread evolutionary conflicts of interest, including sexual conflict and parent-offspring conflict, which can lead to the evolution of traits which are inexplicable when these conflicts of interest are not taken into account.