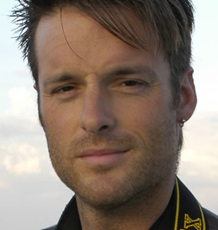 Whilst studying at the University of Exeter, Nick helped Dr Clive Betts to launch an educational youth project for the Royal Entomological Society of London. Nick was given the use of the University greenhouses to breed stick insects and other exotica to educate young people at shows and school tours. As a result, Nick started to feature on local radio, in local newspapers and had guest appearances in the national press and media - including the BBC's Blue Peter and Channel 4's Big Breakfast.

Nick graduated in 1993 and after a stint as a field worker for Butterfly Conservation (working on the endangered High Brown Fritillary) he went on to become a full time broadcaster on the subject of wildlife and natural history, presenting many popular shows on television and radio, including BBC, Channel 5, National Geographic, and Animal Planet.

Nick is currently a vice president of the Wildlife Trusts, RSPB and Buglife as well as a Fellow of the Royal Entomological Society.

Nick has continued work with the University and contributes to a range of events, lectures and seminars aimed at students and staff within the College of Life Environmental Sciences and the wider University.