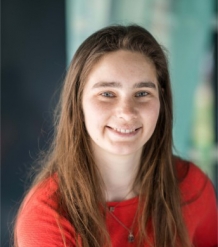 My work uses simple mathematical models to better understand the underlying ecological and evolutionary processes occurring in ecosystems as they respond to environmental change, in particular, warming. Mathematical models include the processes (e.g. growth, death, competition) and the pools (e.g. population size) that define the ecosystem. For my postdoc with Gab Yvon-Durocher, I will be using data collected by his lab of microbial populations and communities responding to warming.

Microbial populations are known to evolve rapidly under warming. How does the presence of other species affect evolution? Does ecology (i.e. sorting of species within the initial population) or evolution of species dominate in the response of a community? These questions are important for climate models, where physiological responses to temperature are simplified and do not allow for adaptation.

For my PhD I was part of the QUEX institute and worked with Peter Cox in Mathematics at the University of Exeter, and Pete Mumby in Biosciences at the University of Queensland. I explored the role of evolution and ecology in ecosystem response to warming, at different levels of complexity. This included modelling evolution of a phenotypic trait in a population (paper), resource-use by a diverse community of species, and a detailed coral reef ecosystem.