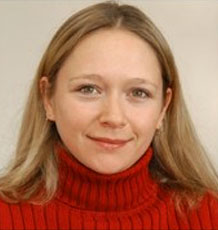 I am currently working on a large-scale collaborative project investigating gene flow among populations of Montastraea annularis in the wider Caribbean. Using samples from 30 sites in 18 regions of the Caribbean we aim to highlight well connected and / or isolated populations of M. annularis and determine possible biogeographic breaks which may be limiting larval dispersal.

Previous work
During my time as a research assistant I investigated the patch dynamics of corals and their interactions with macroalgae, with the aim of creating models to understand how physical and biological processes affect the distribution of coral communities. I was also involved in a study investigating the patch dynamics of macroalgae under chronic and acute disturbance.

My PhD focused on the population dynamics and population structure of Montastraea annularis in the Caribbean. I investigated the competitive effects of macroalgae (Dictyota spp, Lobophora spp and a mixed algal community) on coral fecundity in colonies of Montastraea annularis and found that algal contact significantly reduces the diameter of eggs at both the coral-algal boundary and at the centre of coral patches. In addition, I used genetic techniques to examine the importance of asexual modes of recruitment within populations of Montastraea annularis. I identified multi-colony genets within three populations of M. annularis revealing that long-lived massive corals can propagate using asexual methods. The largest incidence of asexual reproduction was observed at the site with greatest wave exposure. The study was further developed to test the hypothesis that the prevalence of asexual dispersal within populations of M. annularis is driven by the frequency of severe physical hurricane disturbance. Samples of M. annularis from across the Caribbean were genotyped using 6 microsatellite loci. The results show that asexual reproduction occurs at varying frequency across the species-range and 64% of the variation in genotypic diversity among the populations can be explained by hurricane incidence and shelf slope.